Could 2019-20 be the Last Season with a Poor Efficacy Flu Vaccine? 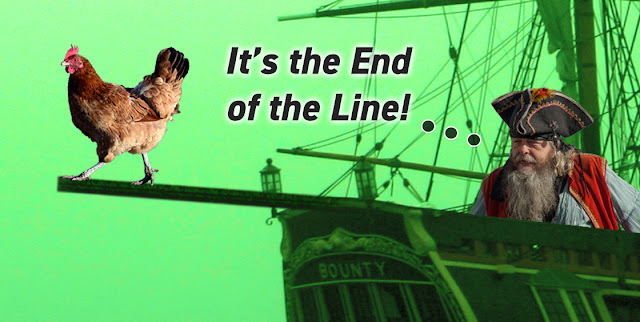 The 2018-19 influenza virus vaccine had an efficacy rate of 29%, which continued a negative trend that had been occurring over the past 25 years. Could this coming (Northern Hemisphere) season’s flu virus vaccine be the last for poor efficacy? Will it be the end of the line for the chicken egg-based vaccine? 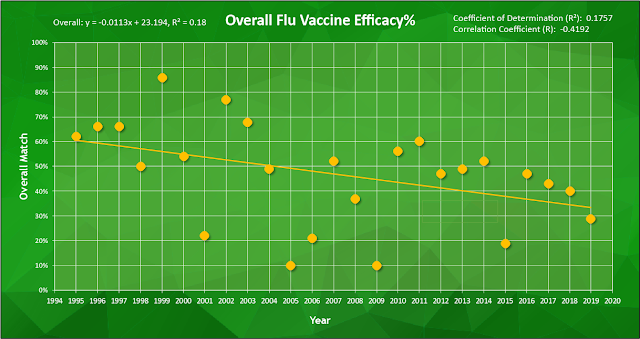 In February of 2018, a United States Senate committee introduced (proposed) the “Flu Vaccine Act”,  which would invest $200 million per year over 5 years to create a universal flu vaccine that would provide a person with lifetime protection against a variety of influenza strains. In July of 2019, the USDHHS (US Department of Health and Human Services) was tasked and budgeted with improving the seasonal influenza vaccine and an executive order appears to be forthcoming.  This USDHHS order will include modernizing the flu strain identification and speeding up the manufacturing process. Improving both functions should improve on the trivalent and quadrivalent vaccine’s efficacy – which has been steadily declining since the mid 1990’s. Note that the technology already exists to drastically shorten the development time for flu and other vaccines. However, it costs more to make and payers have been reluctant to reimburse accordingly.

While the creation of a successful universal flu vaccine is an admirable goal, we believe that it is a long way from becoming available. A more focused effort on getting agreement to change the way seasonal flu vaccine strains are selected, using a “JIT” (just in time) selection process and mandating speedier and more effective flu vaccine production can be completed in a shorter time.

The Fitzpatrick Translational Science team has been publishing annual and historical flu efficacy blogs for the past 5 years.  We have updated our files and calculations to include the CDC’s published combined efficacy for the 2018-19 influenza virus vaccine.  Here are links to our prior flu publications:

Last flu season’s efficacy (2018-2019) was a paltry 29%, which is approximately the break-even point for being cost-effective and for vaccinating cohorts of healthy, working adults. We know this equation, as the Fitzpatrick team has created evidence-based pharmacoeconomic models for influenza.

Despite the continued poor efficacy of the flu vaccine, the CDC states that even more vaccine will be available this season (162 – 169 million doses).  At some point, the overall low flu vaccine efficacy may adversely affect the overall favorable flu vaccine advocacy and result in lower vaccination rates. The USDHSS and Congress need to get on-board and fund improved influenza virus vaccine strain identification and facilitate faster development processes.

Note that this season’s vaccine will be somewhat delayed due to an unusually late decision by the CDC to change the H3N2 strain (which pushed out production by perhaps a month).