When Did Respiratory Diseases Become Non-Respiratory? 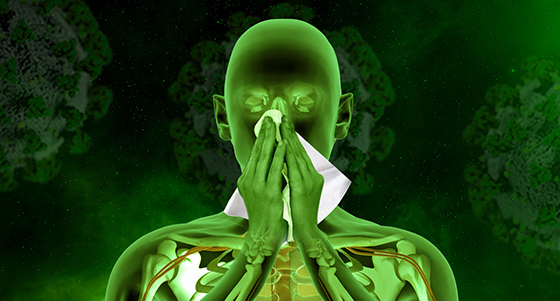 In the important first 12 months of the COVID-19 pandemic, we believe that the two major healthcare mistakes made by the CDC and WHO were:
1. Spreading disinformation about the non-respiratory spread of COVID-19 (this post).
2. Not prioritizing individual risk levels for who is at greatest risk for severe disease (next post).
In March 2020, I was criticized by friends who work in medicine for wearing a mask in the car while bringing my college student home from the airport. I am still shocked that:


A fascinating review article by Jimenez, et al. published in August 2022 by the Intern J Indoor Environ Health, details the historical thinking of airborne diseases. Hippocrates understood airborne diseases in 400 BC, but the WHO could not understand this until 2022. The main reason is the misconception that a respiratory drop could not stay airborne if it was greater than 5 microns. In the 1960’s, doctors insisted that the only disease that was transmitted by airborne particles was tuberculosis.
A respiratory particle the size of 5 microns has been the cut point for airborne diseases, although it was never validated. It was always just considered the “gold standard” by which a disease could be transmitted by air – or not. The confusion is complicated by the following variables that compound a static cut point of 5 microns (whether it can travel by air or not):


The conundrum involves determining if a disease is primarily spread by airborne or respiratory droplets. One could blame decisions made by the CDC & WHO on the dearth of studies in the last two decades about the impact of airborne vs. droplet transmitted diseases. However, the Fitzpatrick team questions this argument. COVID-19 is a common cold coronavirus similar to SARS. SARS was recognized by the WHO as an airborne virus. In fact, an August 2021 SCRIPPS article stated that SARS, MERS, influenza, measles and rhinoviruses all spread via aerosols that can build up indoors and linger in the air for hours.

It’s also about viral load. Back in May 2020, the Fitzpatrick team posted the importance of viral load and immunity (or no immunity). Although Omicron strains have become increasingly easier to contract, this refers to how much of the infection a person needs for it to become infectious. As we posted, when someone sneezes, up to 20 million particles can be released. How many particles will fall to the ground and how many will stay suspended in the air? That is the question that needs to be answered.


Our Recent Posts:
COVID-19 Round 2: Reinfection
The Unseasonal Cold and Flu (Season)