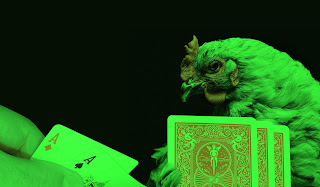 1977: The year the CDC introduced antigenic changes to flu vaccine.


The big scientific discoveries of 1977 included:

Since 1977, we have seen vast improvements in microprocessors (and computers), cardiovascular procedures, aircraft and our understanding of genetics.

However, there have been no real changes to the way that the WHO (& CDC) decide which flu strains should go into production for the next influenza season. It has been 40 years, and despite absolutely fantastic geographically dispersed influenza detection and analyzation techniques, we are relying on 40-year-old decision-making processes. So, the downward trend of influenza virus vaccine continues. 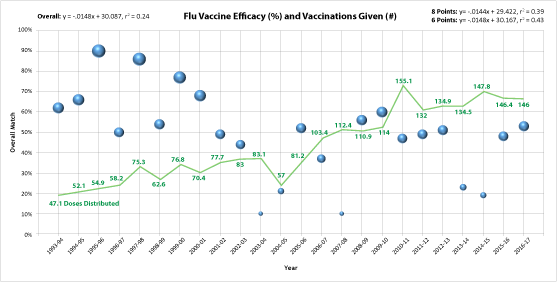 My November 23, 2015 blog lays out the timeline problem. The flu strains that are selected for the next flu season are made in JANUARY in order to accommodate the lengthy development process required for egg-based vaccines, which are then distributed in AUGUST and vaccinations are given through ~March of the following year. The WHO/CDC is making its total bet after only seeing 2 cards in a game of 5-card stud - their cards are showing a pair, but they have no idea of what the dealer’s cards hold.
The 2016-17 Influenza Virus Vaccine has the following match rates:
Despite the decreased efficacy trend, the children’s flu vaccine coverage has remained stable (59.3%), but there is a drop in adult coverage: 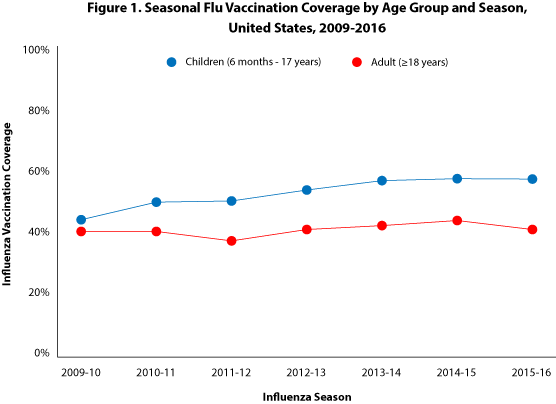 One cannot help but wonder if the downward trend in influenza vaccination (for adults) will continue – unless the WHO/CDC delays the flu strain identification process in order to keep up with influenza antigenic (drift) changes.