The Need for a Supplemental Influenza Vaccination Dr. Redfield from the CDC, Canadian authorities and the World Health Organization have stated that the coming influenza season will complicate a new wave of COVID-19 because of the symptom overlap.

“The Public Health Agency of Canada is planning ahead for potential simultaneous outbreaks of the flu and COVID-19,” said spokesperson Geoffroy Levauglt-Thivierge. The worry is if COVID-19 surges at a time that hospitals are already at their busiest, it will break the hospitalization system.

Why not plan on a 2nd (supplemental) seasonal influenza vaccine?

OPTIONS for producing a supplemental influenza vaccine (dose #2) include:

What are the strains included in the 2020-2021 influenza vaccine?
It is recommended that quadrivalent vaccines for use in the 2020 - 2021 northern hemisphere influenza season contain the following:

The graph below shows the actual flu lineage that the CDC collects. In the 2019-2020 season: 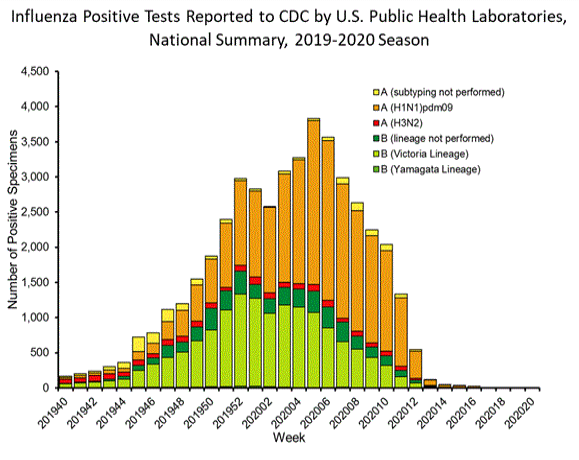 Graph is from the CDC.


Historically, flu season kicks off in October (with the exception of 2009, when it started in Aug/Sept and dropped by end of December). 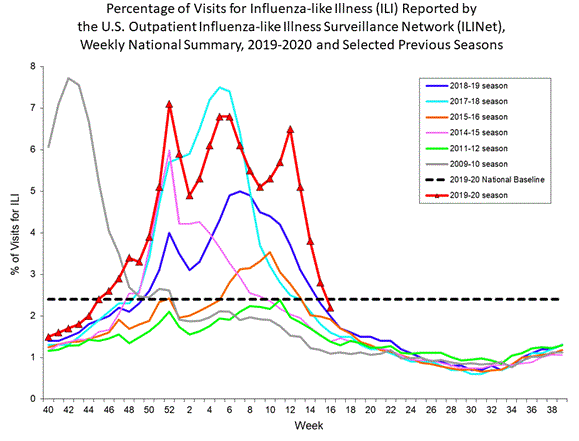 Graph is from the CDC.

Note that about 3/4 of the 174 million doses that were produced for the 2019-2020 season were quadrivalent (they had the 4 strains identified above; the trivalent removed from the “B/Phuket strain). The CDC acknowledges that all influenza virus vaccines undergo changes when they are grown in eggs. The A (H3N2) virus, in particular, has been shown to result in antigenic changes or “egg-adapted changes”, which reduces the effectiveness.

On March 20, 2020, the European Union recommended the 2020-2021 influenza vaccine strains mimic the CDC’s. Although authorized manufacturers are allowed to submit applications to change the composition, this must happen prior to June 15, 2020. In general, it takes 5-6 months for the first supplies of vaccine to become available once a new pandemic strain of influenza is identified and isolated.

Tweak or swap out a strain.
Historically, the WHO organizes a consultation of the WHO Collaborating Centers twice a year: February for the northern hemisphere vaccine selection and September for the southern hemisphere vaccine selection. We suggest it is time to modify the timeline and reconvene NOW (early May) for determining the strains that have had antigenic shift and identify candidate(s) for a supplemental vaccine that would be administered in the 4th quarter of 2020.

Just because the WHO/CDC have “always done it this way”, should not imply that they continue to do it this way. The system is broken; to only meet once a year (per hemisphere) has not been successful for some time.  If egg-based vaccines are the predominant influenza vaccine, just assume that efficacy will drop in one of the strains. By now (May 4, 2020), scientists at the WHO and CDC should have solid data on which is the weak link.

Good ideas don’t always go away; sometimes it is about the timing. Now is the time.