Flu Vaccine Match: Is it the Chicken or the Egg? 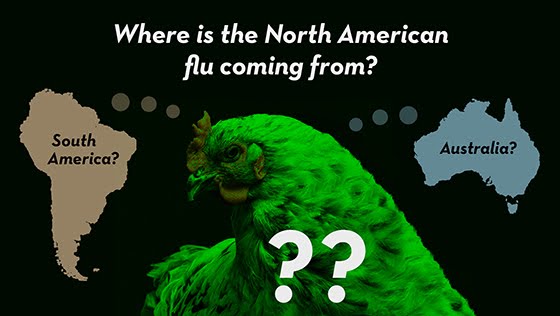 If the 2017-18 influenza virus is a near perfect match, why is it ineffective?
This past October, 2017, the Fitzpatrick Translational Science team predicted a relatively mild flu season with fairly good vaccine matches.

How are we doing?
In the November 29, 2017 New England Journal of Medicine, Dr. Paules and colleagues (including NIAID Director, Dr. Anthony Fauci) published “Chasing Seasonal Influenza – The Need for a Universal Influenza Vaccine”.  The publication makes a staunch statement for improving on the flu vaccine selection process, but we question the accuracy and evidence behind their quote that the “preliminary estimate of vaccine effectiveness against influenza A (H3N2) was only 10%.”  If the match is good, would egg-propagated vaccine viruses really change the vaccine’s hemagglutinin (HA) protein site structure and render the vaccine substandard to the tune of only 10% effective as Dr. Fauci and colleagues suggest?

This past October, we at Fitzpatrick Translational Science, Inc. predicted that the H3N2 strain vaccine match/efficacy would be good (in the U.S.).  So far, we seem correct.  The CDC’s testing shows a 99.2% match vs. the H3N2 in the vaccine. However, the influenza positive tests reported last week showed that the vast majority of influenza is H3N2. Although the match appears near perfect, does this translate to efficacy? 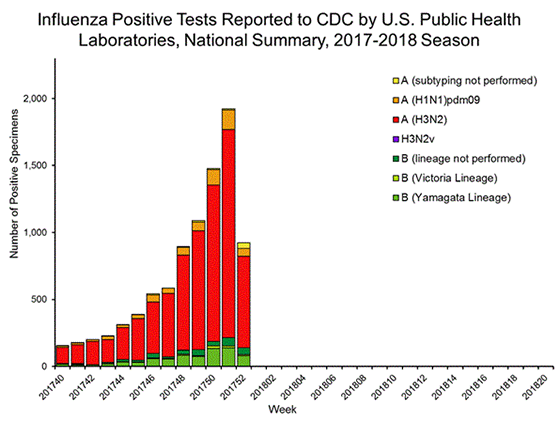 In a recent CDC communication on Flu Vaccine Effectiveness, they quote the Australian 10% efficacy number for the H3N2 vaccine component, but are reticent about predicting it’s efficacy for the current season (they do quote the low 32% rate for the 2016-17 H3N2 strain).

What we do NOT YET KNOW is how many of the people who tested positive for H3N2 were indeed vaccinated?

Outpatient Influenza-like Illness (ILI) Surveillance
Compared with prior seasonal flu seasons, this year is showing a steep curve for percentage of people who visit the doctor for ILI symptoms with nearly 6% of all outpatient visits attributed to influenza-like illness. This year’s flu visits are well ahead of the past 4 seasons.  However, based on the sharp drop in week 52 of the CDC’s Influenza Positive Tests Reported, one could surmise that the Percentage of Visits for ILI may have peaked and will also likely drop. 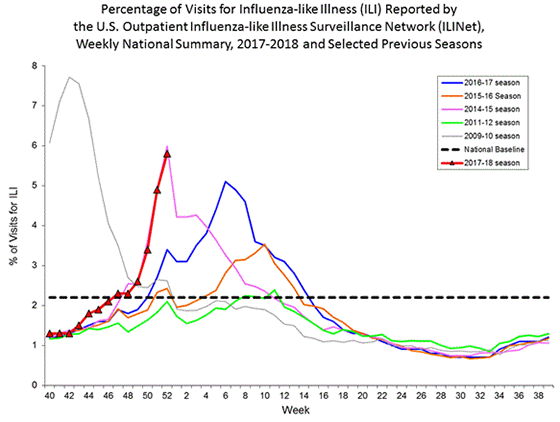 Why did Fauci and the NEJM article authors claim the low 10% efficacy for this year’s flu vaccine?
They refer to the Australian seasonal flu season – which precedes us by ~half year. In Australia, the H3N2 flu was predominant and although it was a near perfect match vs. the vaccine, the vaccine was ineffective.

A. WHY?
We don’t really know why the nearly perfect H3N2 match in the vaccine did not work.

B. DOES THIS IMPACT US HERE IN THE U.S.?
Time will tell, but we don’t think the H3N2 efficacy error will be nearly as dramatic of a flu season as Dr. Paules and colleagues predict because:

While Australia has had a severe flu season (they are 6 months ahead of North America),  there may be reasons why the Australian flu may not impact us here in the US. These include:


If the vaccine is an almost perfect match, why isn’t it working very well?
Dr. Paul Sax, the clinical director of the Division of Infectious Diseases at Brigham and Women’s Hospital, indicated that it’s in the way that the H3N2 vaccine is made. There appears to be an error introduced into the egg-based vaccine that does not stimulate the correct antibody response.

Dr. Sax also said that since the United States already had the H3N2 flu during the 2016-17 flu season, some people may have built up some immunity. Although, as of December 30, 2017, about 87% of the influenza circulating in the US has been H3N2.