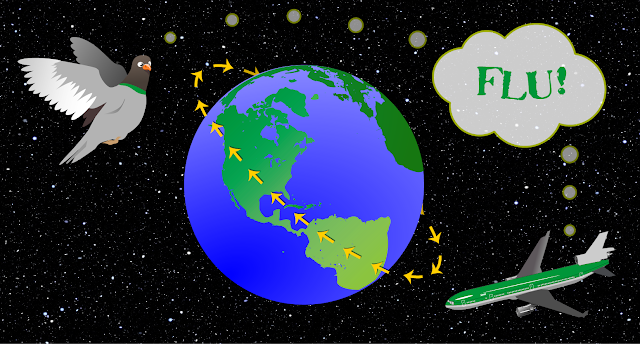 A sadistic annual ritual that Fitzpatrick Translational Science engages in is predicting the efficacy of the seasonal influenza virus vaccine. How do we predict this? Here’s the short answer: what happens in the southern hemisphere does not stay there; it travels north to us here in the United States.

The WHO (World Health Organization) publishes extensive international influenza data via www.who.int/flunet. They publish the recommended composition of an influenza virus vaccine in March for the northern hemisphere for the upcoming flu season (which we are now in), and vaccines are distributed in August. Here is a list of vaccine efficacy for the past 17 years: 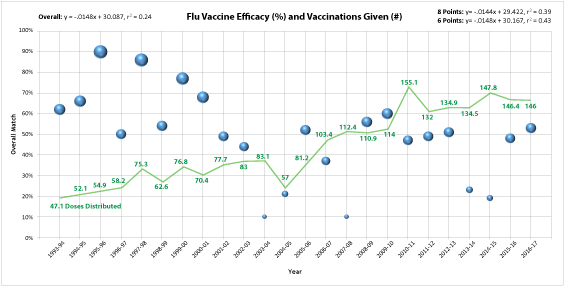 While we do not yet know how many unvaccinated people will be affected in the US, the big question begins with the particularly evil A strain that first appeared in 2009. The A (H1N1) pdm09 virus brought on the first pandemic the US has had since 1968. This virus is the predominant flu virus circulating in the southern Asia. As you can see by this graph from the WHO, nearly all flu specimens are H1N1 pdm09. 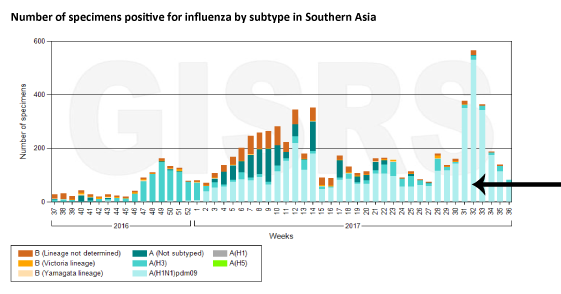 
Fortunately, the H1N1 strain is NOT the dominant Type A strain in tropical South America (the not-so-bad H3 subtype is). So, which Type A flu strains are going to cause havoc in the U.S.? Will it come from southern Asia or South America?


In a 2015 publication by Baumgartner (Emerg Infect Dis), the authors compared flu virus strains from North and South America from 2001-2014. They found that in 92% of the seasons, the predominant A (H1N1) strain in South America was also guilty of being the predominant A (H1N1) strain in North America. While it is likely that the South American H1N1 strain will head towards the U.S., it is a small fraction of the overall flu specimens (at least in the current flu season). 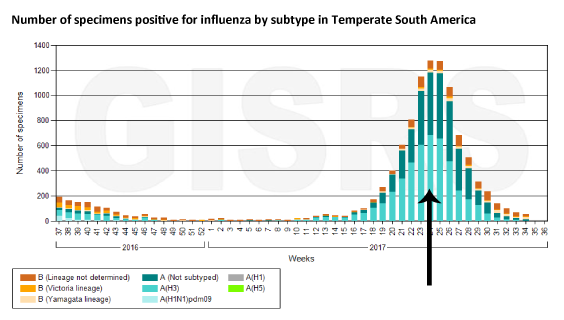 
The 2017-18 North American vaccine composition DOES include an A (H1N1) strain in both the trivalent and quadrivalent vaccines. As the WHO and CDC found out following the 2009-10 Pandemic*, this strain is “remarkably different from the classic seasonal influenza H1N1 viruses and the viruses used to prepare vaccines.” (Baldo V. 2016 J Prev Med Hyg). The question remains, how much mutation will occur in the prevalent United States A (H1N1) strain, although we know it has been the predominant circulating strain in southern and southeast Asia?

There is no certainty that this past Spring’s dominant flu strain in South America will invade us here in the United States, but it’s worth betting on. Our Evidence-based flu season prediction is that the H1N1 pdm09 strain will indeed make its presence in the US, but will be in the minority of flu specimens (much like what recently happened in South America). Overall, we predict a likely mild season.

As for influenza vaccine matching (for efficacy this flu season):


* The CDC has identified the following flu seasons as “Pandemic” (a global outbreak of a new influenza A virus that is very different from current and recently circulating human seasonal influenza A viruses):